When Dr. Janosek was a boy, he was responsible for cleaning his grandmother’s dentures. She was a Czechoslovakian immigrant who survived the Great Depression, raised eight children, and yet she couldn’t eat comfortably due to painful sores caused by the ill-fitting prosthetic. Young Joseph had great compassion for his grandma and he remembers wishing it could be different for her. On October 1, 1985, he opened the doors of his dental practice and though he didn’t get the chance to help his grandma, he brings that same compassion to his patients today.

Joseph Janosek graduated from Ray High School and attended Del Mar before pursuing his degree in microbiology at Texas A&M, College Station. He returned to Corpus Christi and ran the medical lab at Driscoll Children’s Hospital.

While working at Driscoll, he sported long hair and played guitar with his nightclub band. He loved those days and even opened for an up and coming band named ZZ Top. His family was growing though, and the long hours between the hospital and the band meant he was missing out on what was most important, time with his baby son. He quit the band, cut his hair, and returned to school. 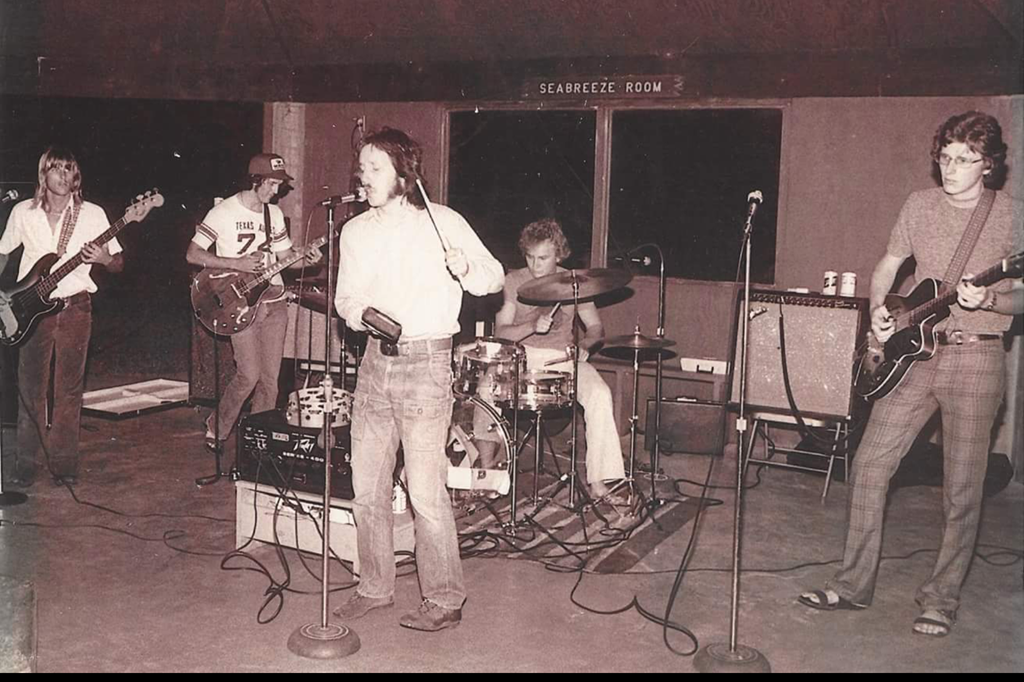 A young Joseph Janosek (2nd from left) with his band at the Seabreeze Room.

He attended dental school at University of Texas Health Science Center San Antonio and then continued a prosthodontics residency for two more years before finishing in 1983. He completed his residency, joined the Army Reserve, and opened his Corpus Christi practice all in the same year. The first three months of private practice, he only saw 12 patients, but he listened to each one, gave them treatment that made them happy, and his practice flourished.

Today, he considers it a compliment that many dentists send their patients, and even family members to him. They understand that he’s not here to compete with them but to take the difficult cases. For many patients, Dr. Janosek is the end of the line and their last hope and he loves giving patients their best possible results.

“I want every patient to realize that I’ve devoted my time and effort to them, like they are the only person in my practice. I try to treat my patients like they are my own family. And I love my family.” ~Joseph Janosek